What restaurants are near The Quinn? 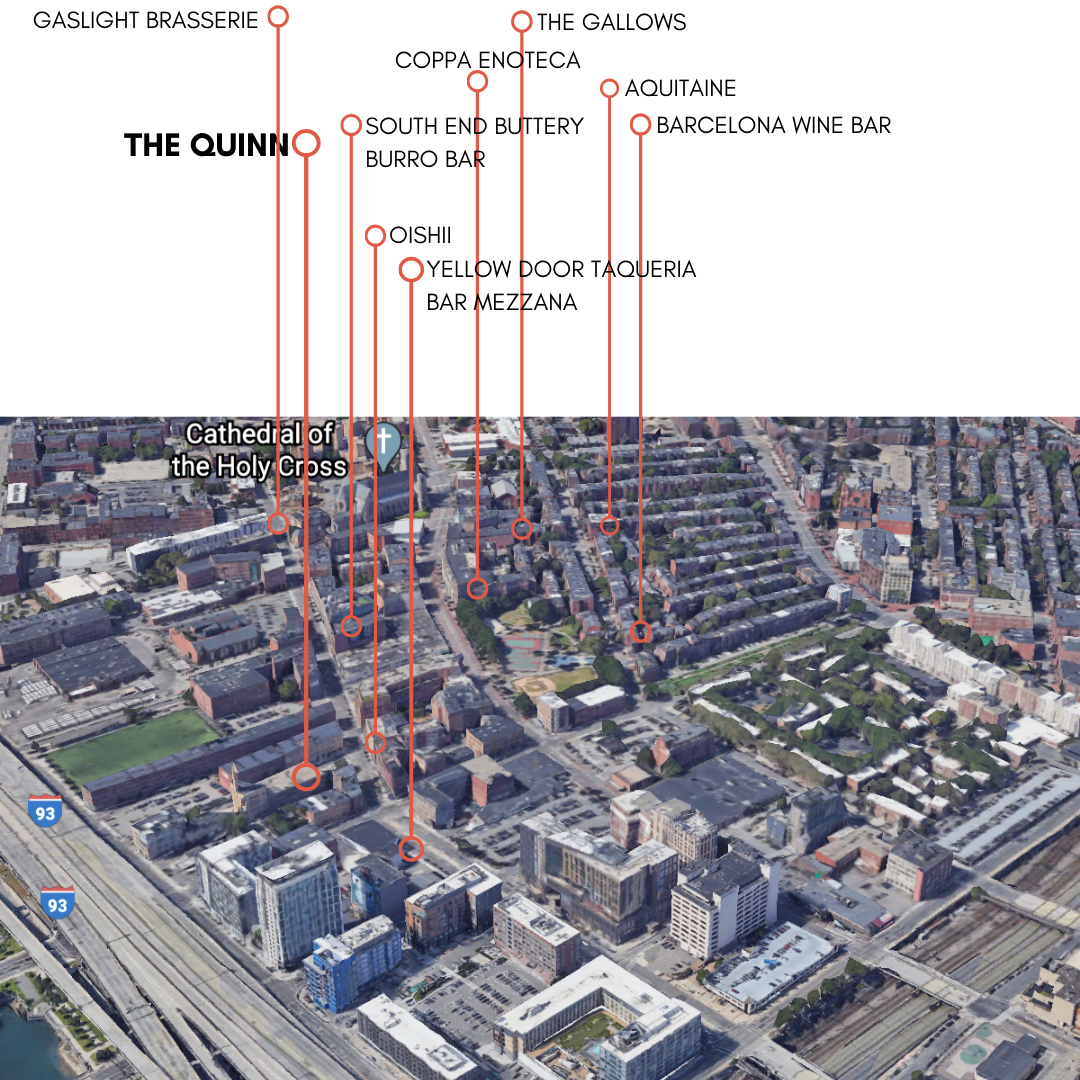 The cuisine is clean and rustic, with tapas shaped by Mediterranean, Spanish, and South American influences. Nearly 400 wines are featured on the wine list.

A Spanish-inspired tapas restaurant offering must-have's including their Paella Valenciana.

If you’re looking for something a little different, Southern Proper is a southern-themed restaurant brought from North Carolina where you can enjoy fried chicken, BBQ dishes, Shrimp & Grits, and southern-style side options including biscuits and cornbread. Executive Chef and restaurant owner Jason Cheek brought traditional southern foods up North to Boston.

One of Boston’s best spots for tacos! Pair your tacos with a delicious margarita and enjoy the trendy vintage-chic atmosphere. Menu options include tacos, ceviche, and more.

Located in Brookline and the South End, Burro Bar has an extensive list of Tequila’s while their Mexican kitchen food menu offers tacos, ceviche, enchiladas, a dessert menu, and more.

“Cosmica is built to party.” If you’re looking for a fun and trendy spot to enjoy your tacos and margaritas, Cosmica is your spot! Cosmica offers Cal-Mex specialties, tacos, and more.

Venture a short distance outside of the South End over to Lolita’s in Back Bay for one of Boston’s best Mexican restaurants with a unique and fun vibe.

Chef/co-owner Allan Rodriguez brings his family recipes from Hermosillo, Mexico to the city of Boston! At El Centro, you can expect house-made tortillas, sangria, margaritas, and beer.