Elevated Boston is pleased to announce that the 79 luxury condos that makeup Cadence on Leo located at 70 Leo Birmingham Parkway in Brighton are now in the pre-sale phase. Cadence on Leo is a six-story mid-rise that ranges from studio to three-bedroom floorplans, with multiple options in between. Each of the condo units features the best [...] 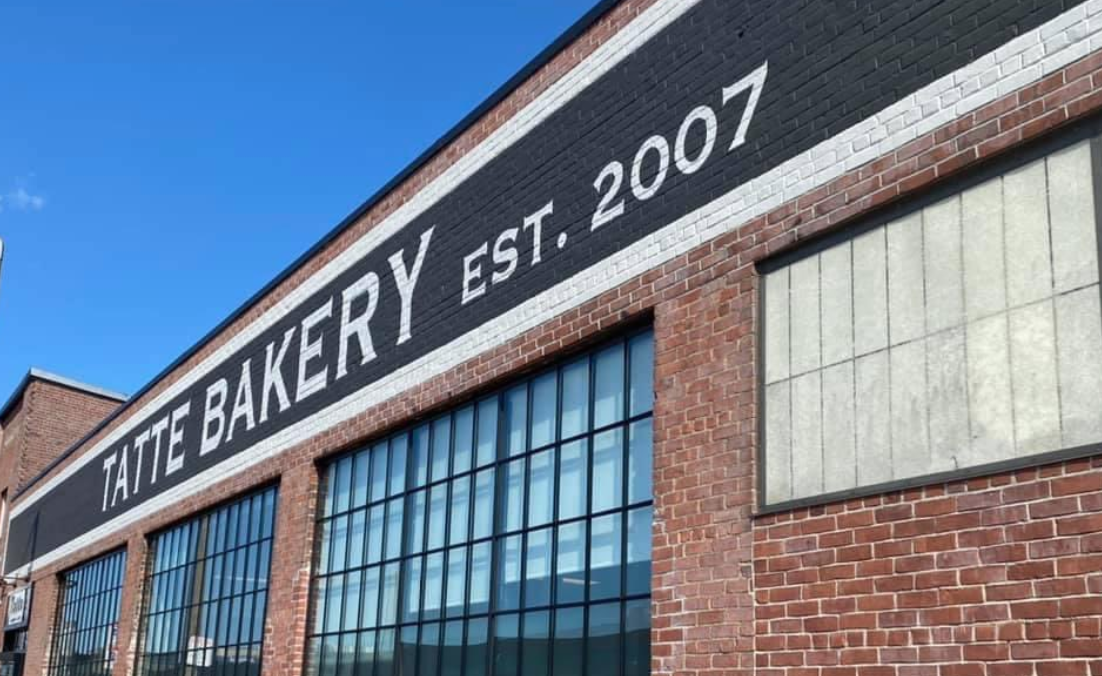 The success of pastry chef Tzurit Or that began in 2007 is touching the sky now; exclusive and delicious bakery creations are here for you. The dream of the founder to provide a place for the community to feel welcomed and to create a sense of home and belonging is finally coming true with bigger expansion plans. The epic growth in the last few years allowed Tatte bakery to become everyone’s favorite. There is no sign of stopping another massive redevelopment project on Old Colony Avenue in South Boston.

The new Tatte Bakery located at 60 Old Colony Avenue in South Boston is comprised of 30,000 square feet featuring a full café, production space, a test kitchen, and offices. National Development is overseeing this expansion project that will include additional retail vendors and more restaurants along with Tatte. Lots of changes are coming to Old Colony Avenue in South Boston.

Since the bakery opened its doors for the first time, it has now expanded to more than 18 locations across Boston and Washington DC. The idea behind each Tatte outlet is to have its unique individuality, feel, and style. However, they still remain highly rooted in their original spirit to inspire, care and make you feel at home. The ultimate joy of carefully crafted bakery items can make your day brighter. Tatte’s South Boston hub will help with production for all the other locations. Hold on to your cravings as more locations are forthcoming; not just in Boston, But also in New York and Washington, DC.

The bakery is now open and becoming a strong part of the community. You will find only comfort and joy at this place so feel free to drop by at Tatte Bakery. 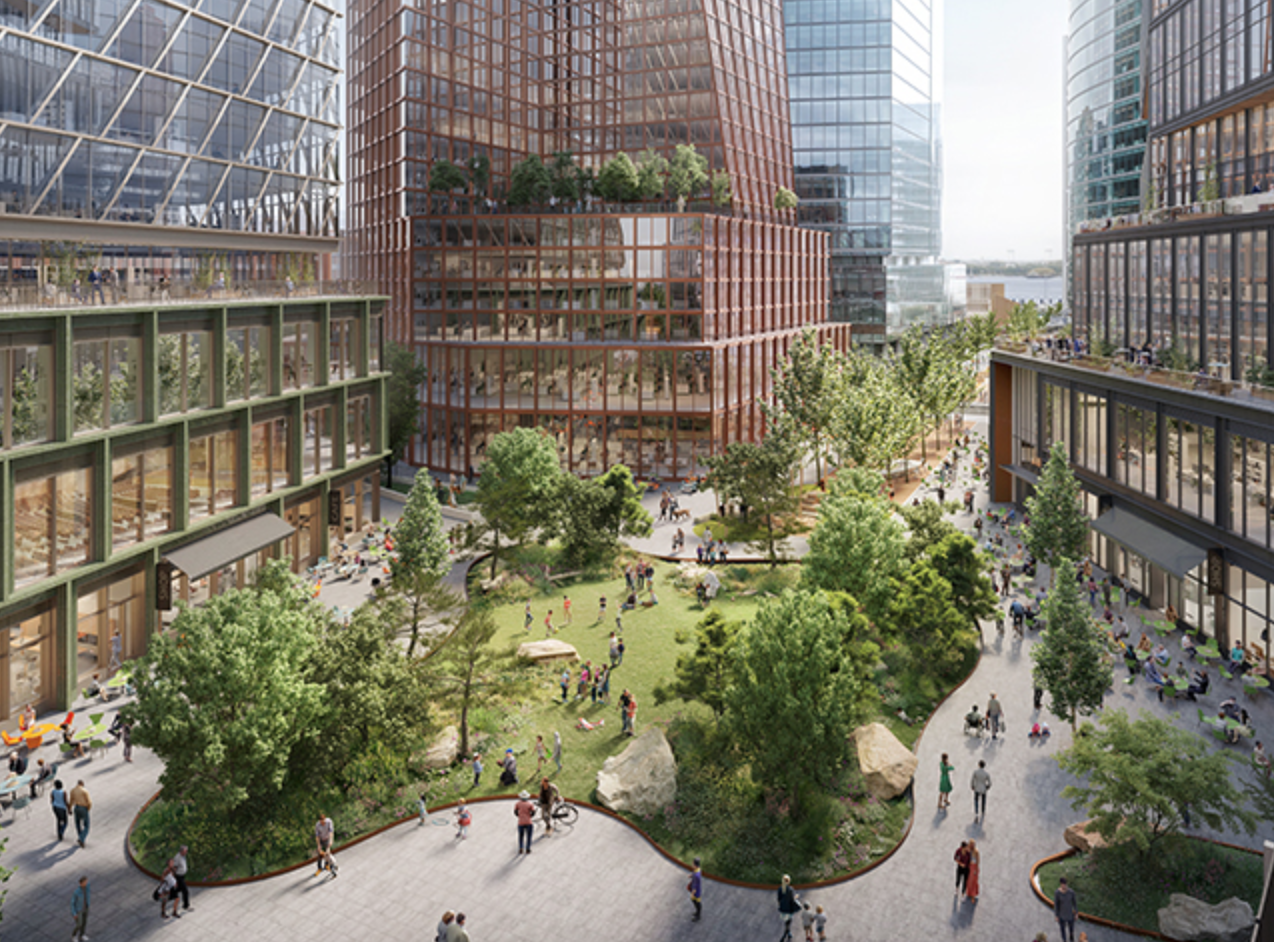 Harbor Way, scheduled for completion in 2024, promises to be the very definition of connection, inspiration, and sustainability within the Seaport District.  The design for Harbor Way is a collaboration of three very distinct yet unique groups – WS Development, leading land architect James Corner Field Operations, and world-renowned design [...] 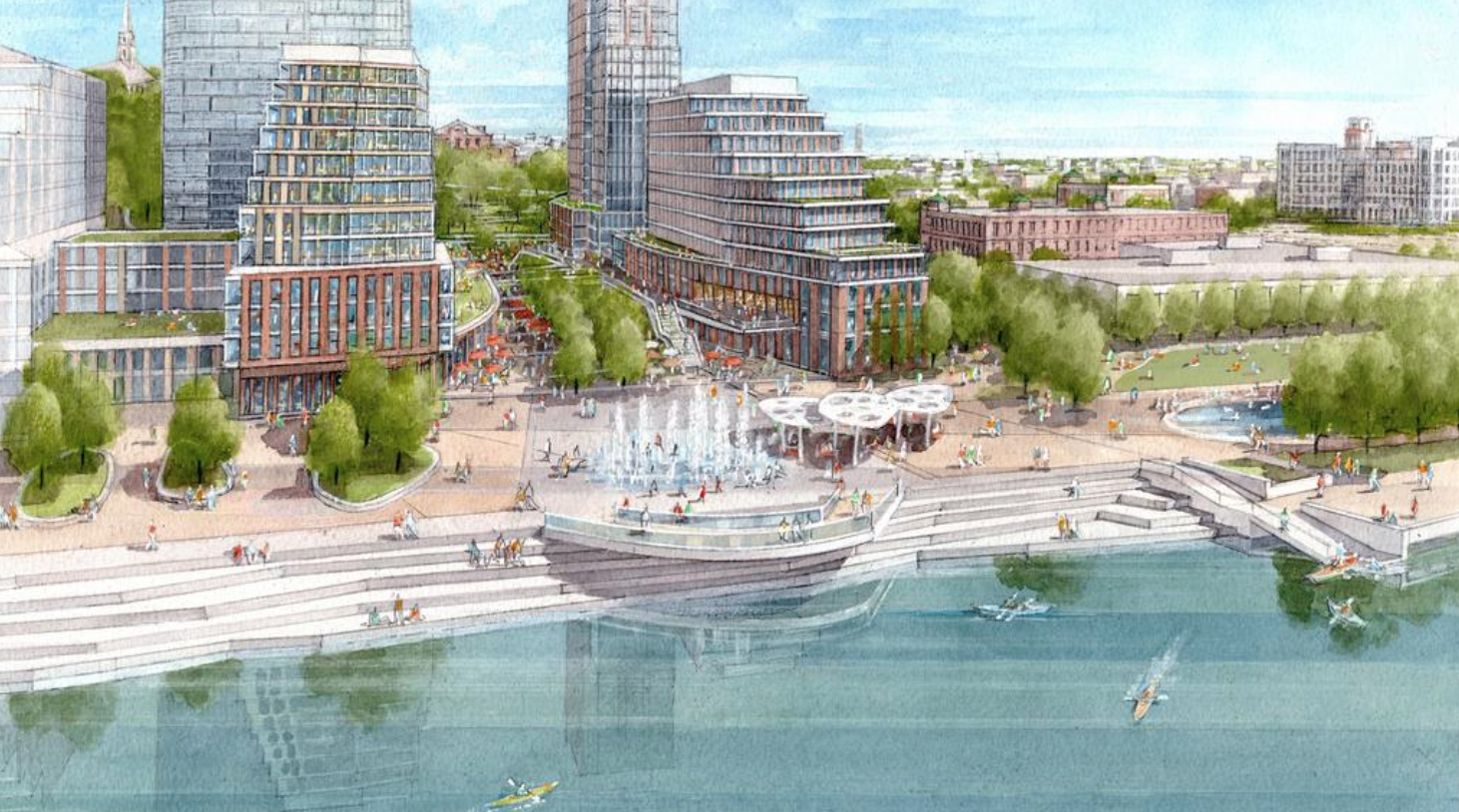 There is a new property to pay attention to in the coming months – 425 Medford Street in Charlestown. The former Domino Sugar refinery site on Mystic River is being proposed as a 21-acre mixed-use space by the Braintree-based real estate company, The Flatley Co., the owner of the nearby Schrafft Center. The Schrafft Center is a former candy factory, best known for the prominent clocktower.

For years now, residents have dealt with restricted public access to the waterfront since the refinery opened decades ago (the early 1960s). It was the first new refinery in the United States since 1935. When it was built, it leveled Dewey Beach, which had been a popular place for swimming and swim races. The refinery ultimately closed in 1988, and The Flatley Co. bought the parcel and the surrounding area in 1994. It is listed as “Marine Park Limited Partnership” on their website.

Along with the mixed-use space, The Flatley Co. is proposing a 22-foot high flood barrier, which will be built to standards to prevent future coastal flooding. This barrier will be built along the newly proposed three-quarter-mile expanse along the Mystic River, including an extension of the Boston Harborwalk, parks, recreational areas, public dock, launch areas for boats or kayaks, and public lookout spots.

Charlestown is one of the oldest neighborhoods in Boston. A notable part of this area is The Freedom Trail. The Freedom Trail is lined with brick townhouses and clapboard triple-decker and leads to the Bunker Hill Monument.  Charlestown Navy Yard is also home to the 1797 U.S.S. Constitution and its namesake museum. It is also only a short trip from Downtown Boston, so getting to or from the area is easy.

East Boston is just across the Boston Harbor from Charlestown. Elevated is Boston’s premier real estate agency, servicing all of the neighborhoods in the area. Some of the up-and-coming neighborhoods around Boston have the best luxury condos and apartments available, and Elevated is your connection to all of these properties. For more information, contact Elevated today to find your next Boston home. 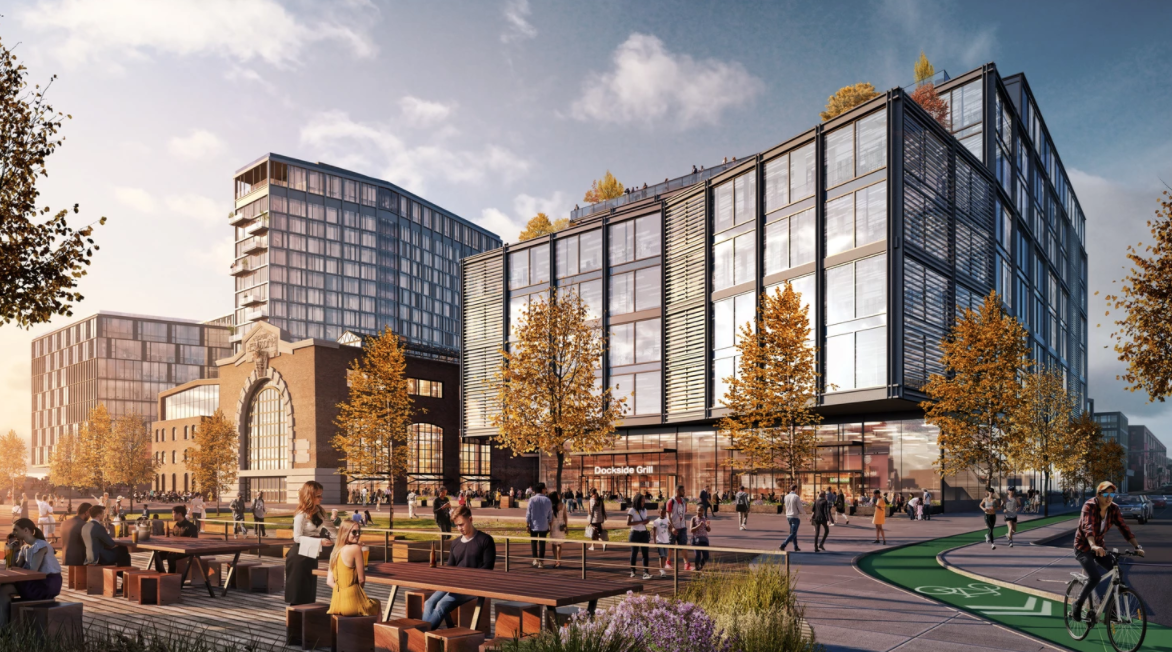 The former L Street Station is getting a much-needed facelift from Hilco Redevelopment Partners (HRP). The 15.2-acre site was home to a coal-fired power plant that provided power to Boston from 1898 until it was decommissioned in 2006. HRP acquired this site in 2016 and began above-grade remediation of some of the existing structures – bringing in the South Boston community, city officials, neighborhood representatives, and other stakeholders to create a potential redevelopment plan for the space.

In January 2021, HRP’s plan was approved by the Board of the Boston Planning and Development Agency unanimously. The project calls for a redevelopment of the 1.68 million square foot area into a mixed-use space. The area will include 860,000 square feet of life science and office space, 636 residential units, a 240-key hotel, and 95,000 square feet of retail and cultural space. This is paired with an additional 5.7 acres of public outdoor space as well as a 2.5-acre park on the waterfront.

The address of the development is located at 776 Summer Street in South Boston. The area is best known for its restaurants, bars, culture, characters, and amazing parks.  HRP’s L Station development will be a nice addition to the South Boston area, creating housing opportunities and additional jobs once completed. It is ideally located across the Reserved Channel from the Seaport District – another up-and-coming Boston neighborhood. 776 Summer Street’s location puts it approximately one mile from South Station and quick access to I-90/I-93, as well as Logan International Airport.

Construction will begin soon on this mixed-use space, and once pre-leasing on the 636 residential units begins, they will not last long. You will want to get on the list as soon as possible. Elevated is your premier real estate connection to South Boston and the other surrounding areas. If you are interested in any of the luxury real estate in Boston, contact us for more information and to see existing listings. 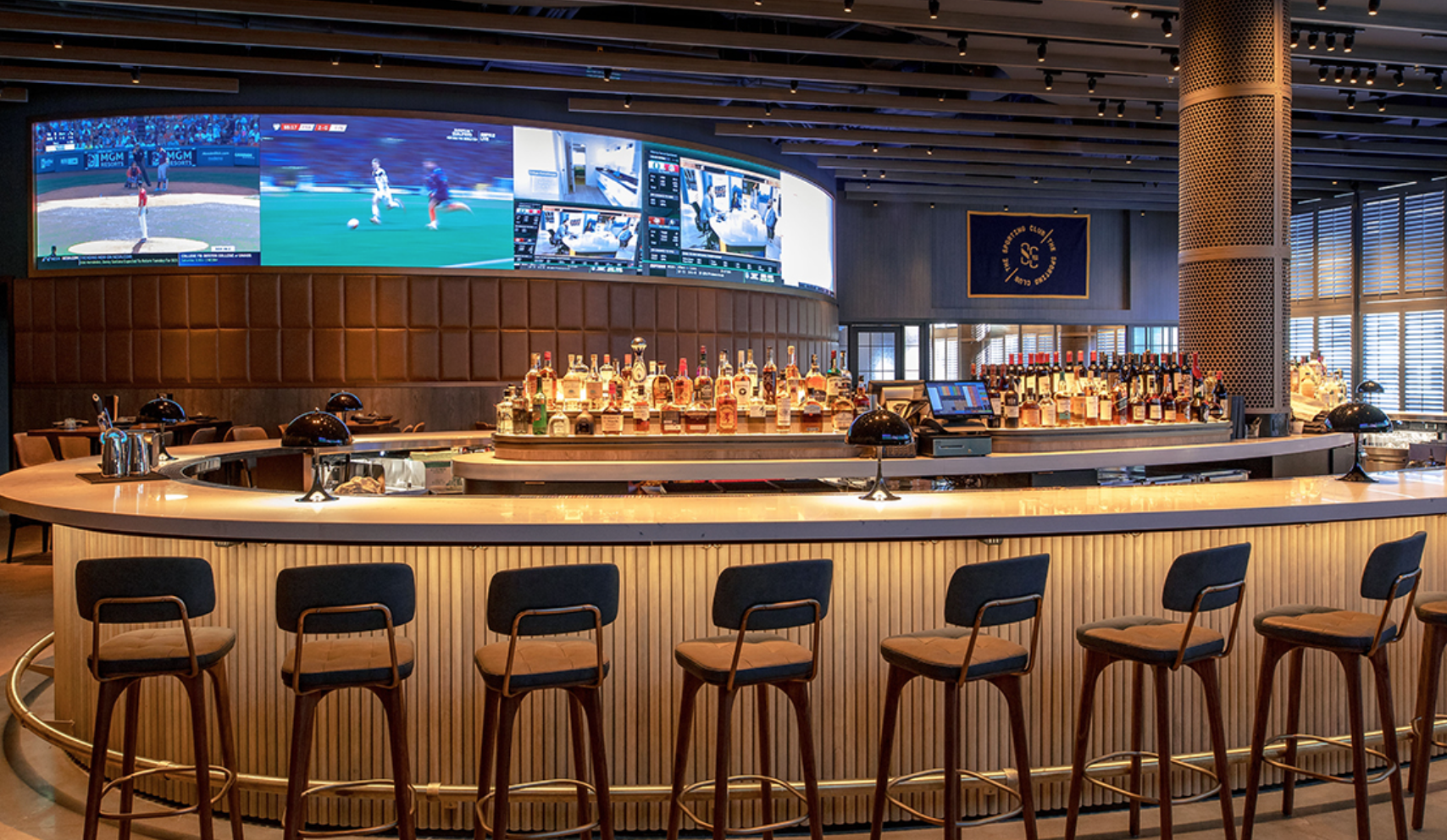 The Sporting Club at Omni Hotel

Boston's Seaport District is buzzing with excitement over the new restaurants that recently opened up in the Omni Boston Hotel.  The hotel, located at 450 Summer Street, now features five unique dining experiences for patrons to enjoy while visiting the Seaport District – Kestra, The Sporting Club, Crescendo, [...] 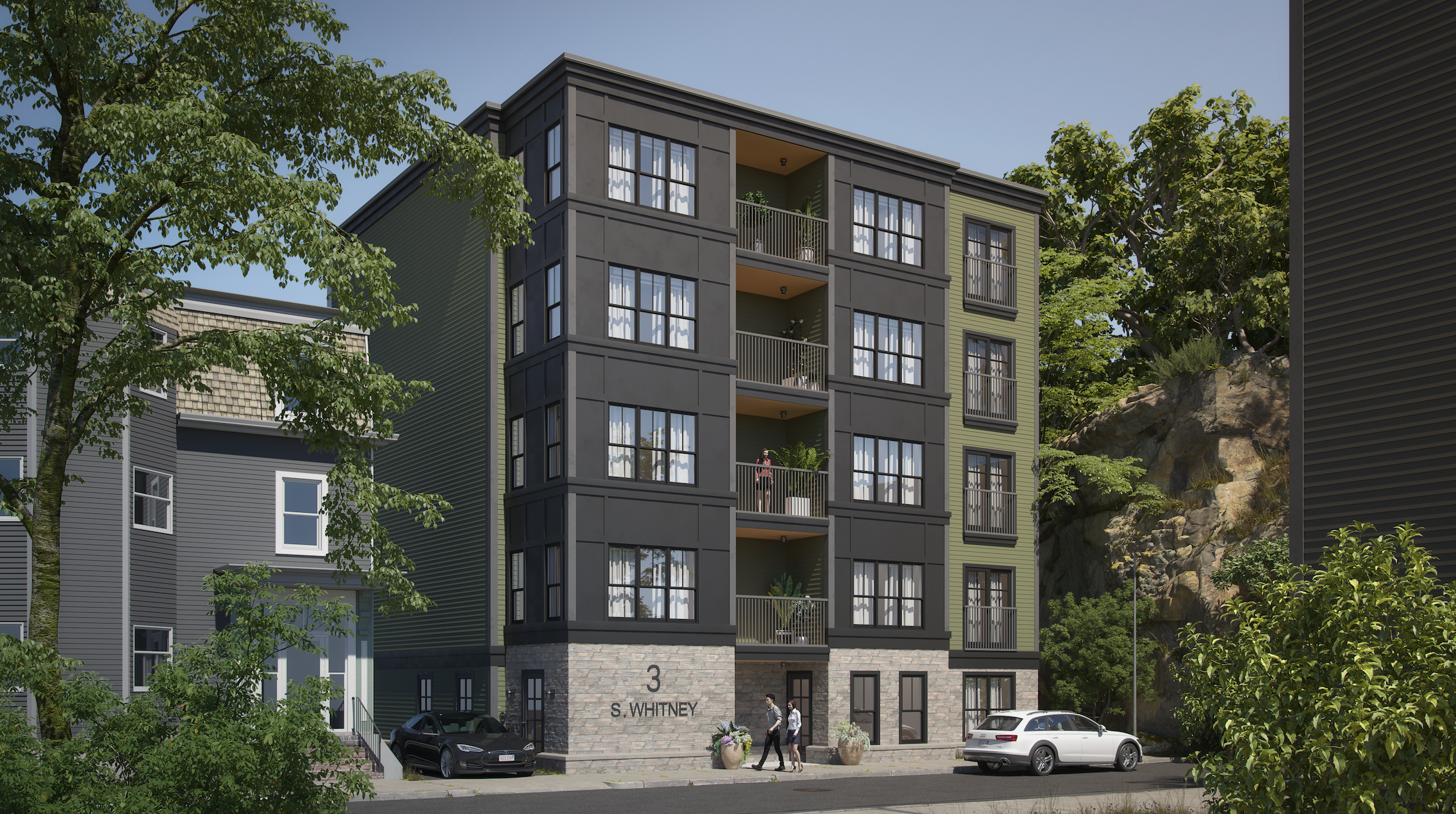 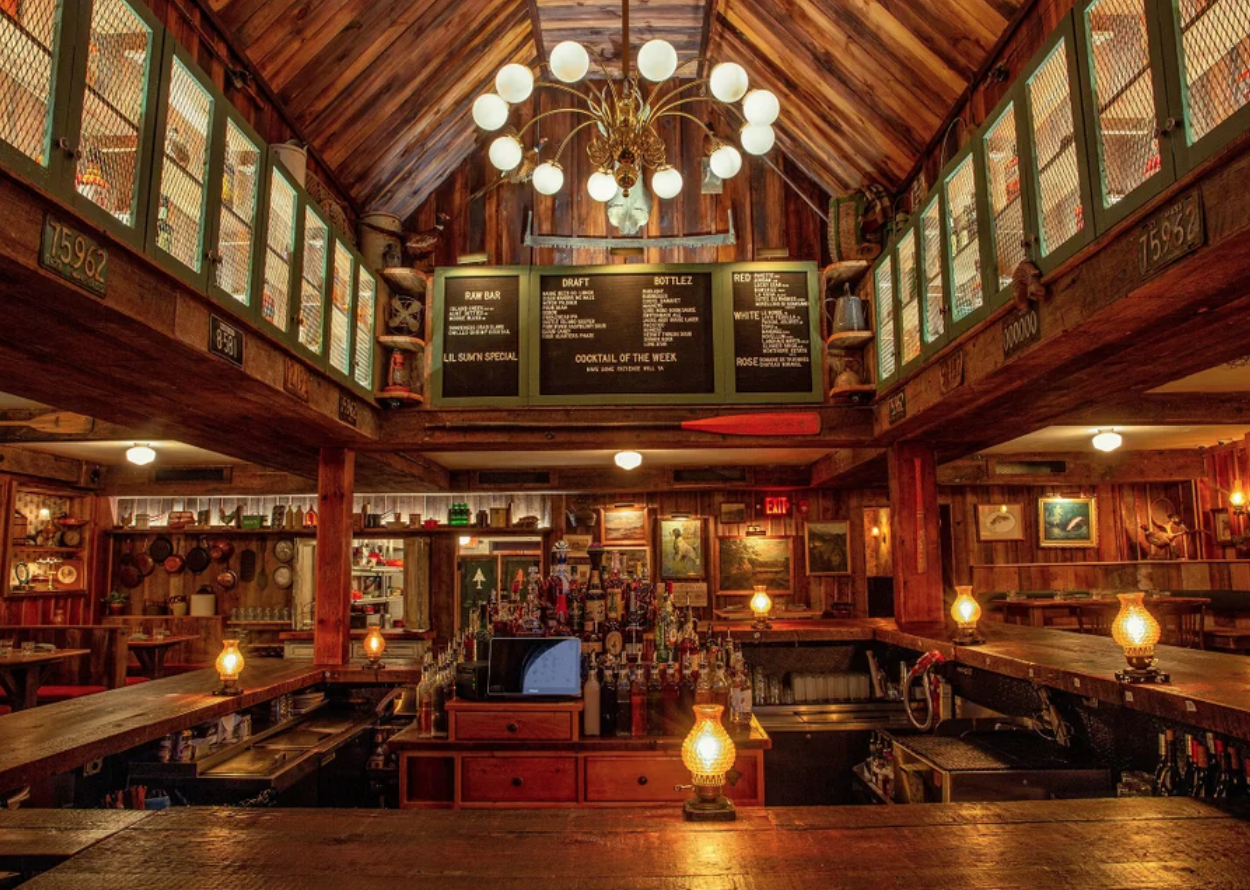 Located in South Boston in the former Junction space, the newest establishment from The Broadway Restaurant Group can be found. This restaurant group is the same one who brought some of Southie’s favorite eateries, including Lincoln Tavern, Loco Taqueria, Capo, and Fat Baby. Now, South Boston gets to experience what real Southern comfort food is – through Hunter’s Kitchen & Bar.

You won’t have to worry about the beverage menu lacking at all. Several Southern-inspired cocktails line the menu (even a few mocktails), or you can order a glass of wine or a beer. No matter what you fancy, there is something for everyone at Hunter’s Kitchen & Bar. Some of the items are even gluten-free, like the variety of salads available on the menu.

South Boston is home to many up-and-coming real estate developments, and Elevated is your premier real estate brokerage for these luxury properties.  If you are looking to move to South Boston, or “Southie,” as everyone calls it, you don’t have to look any further to find your dream home, condominium, or apartment. Contact Elevated today to explore South Boston real estate. 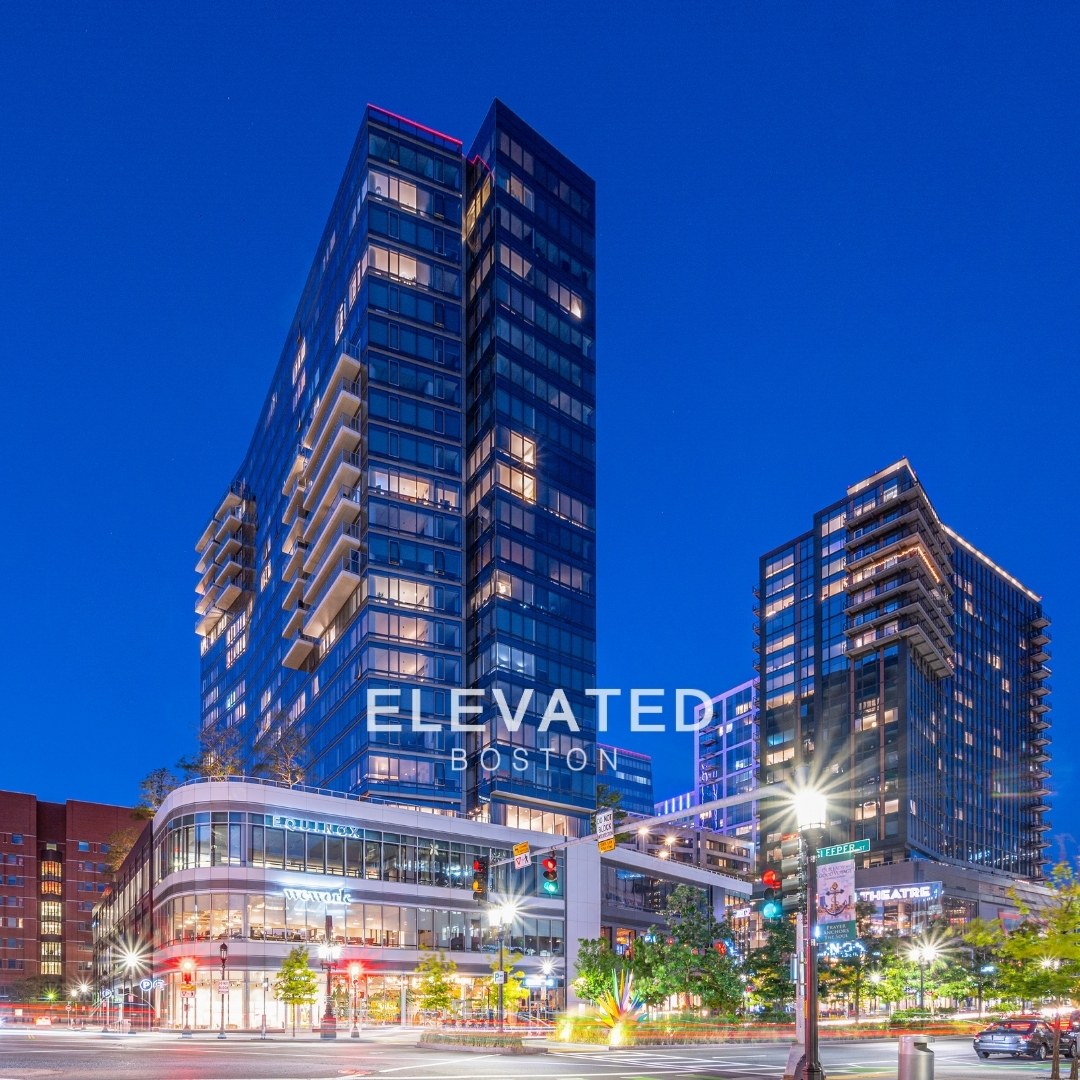 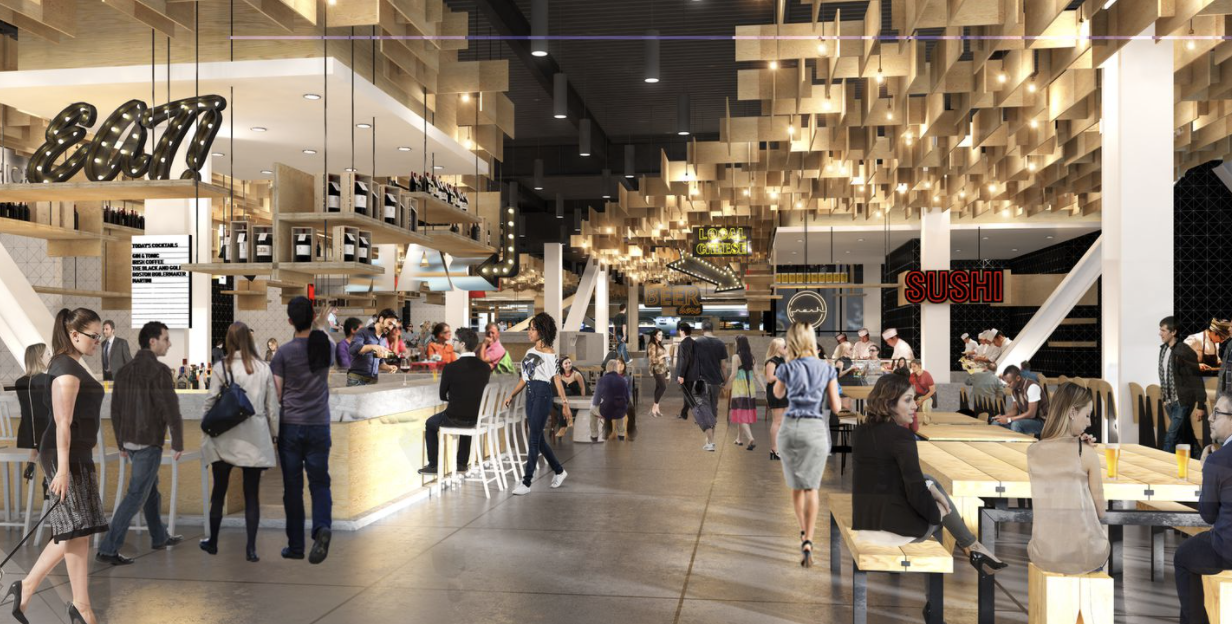 One of Boston’s newest eateries opened its doors to the public this September. Originally slated to open Winter 2020, Hub Hall, the food hall portion of The Hub on Causeway, currently has 16 out of 18 food and beverage vendors serving customers daily at 80 Causeway Street. The remaining two vendors [...]