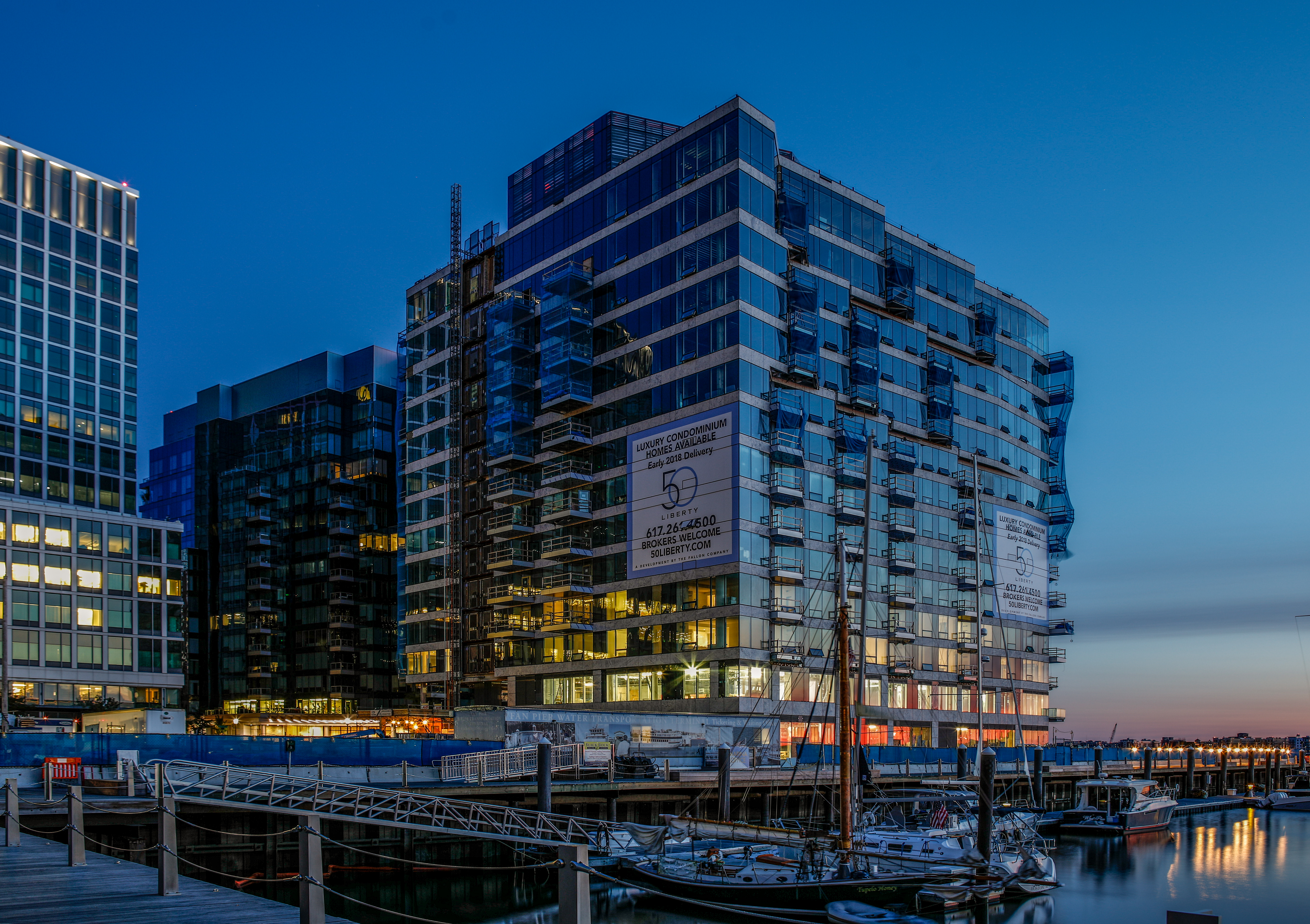 For The Fallon Company, Boston is home. The award-winning real estate developer started here in 1993 — but since then, the company has taken its innovative visions further afield, establishing properties from North Carolina to New York. Now, The Fallon Company is returning to where it all began with the 22 Liberty and 50 Liberty projects in Boston's Seaport District. Each of these luxury developments is 14 stories tall and comprised solely of luxury condos: 22 Liberty features 109 units, ranging from studios to 3+ bedrooms and penthouses, while 50 Liberty features 120 units, starting from 1-bedrooms to 3+ bedrooms and penthouses.

22 Liberty features an all-glass facade and floor-to-ceiling windows with jaw-dropping 270º views of Boston Harbor and the city. 22 Liberty houses two world-class eateries on the ground floor: Lola 42, the sister restaurant of the famed Lola 41 in Nantucket, is renowned for its sushi, while Mastro's Ocean Club features steaks and seafood, plus a piano bar with live entertainment. Just next door, 50 Liberty is designed by the acclaimed Elkus Manfredi Architects.  Likewise featuring floor-to-ceiling windows, the structure offers expansive views of water, city, and sky.  On-site restaurants include Committee, a Mediterranean restaurant from George Aboujaoude.

The Fallon Company has lived up to its reputation as a leader in mixed-use urban development with the 22 Liberty and 50 Liberty projects. The waterside buildings offer fast access to the Seaport District's communal outdoor green spaces, the six-acre Fan Pier Marina, the Harbor Walk, and a wealth of retail shops and restaurants. This seamless integration reflects The Fallon Company's focus on "transforming neighborhoods into cohesive, community-driven environments." Over the past 25 years, the developer has won numerous accolades for its work, receiving recognition from the National Association for Industrial and Office Parks, the Boston Redevelopment Authority, and the Real Estate Finance Association, to name just a few. One of the most active developers on the East Coast, The Fallon Company holds over $4 billion in real estate and represents over 6 million square feet of property.

Take a look for yourself. Contact Elevated Realty to arrange a private viewing of 22 Liberty or 50 Liberty.