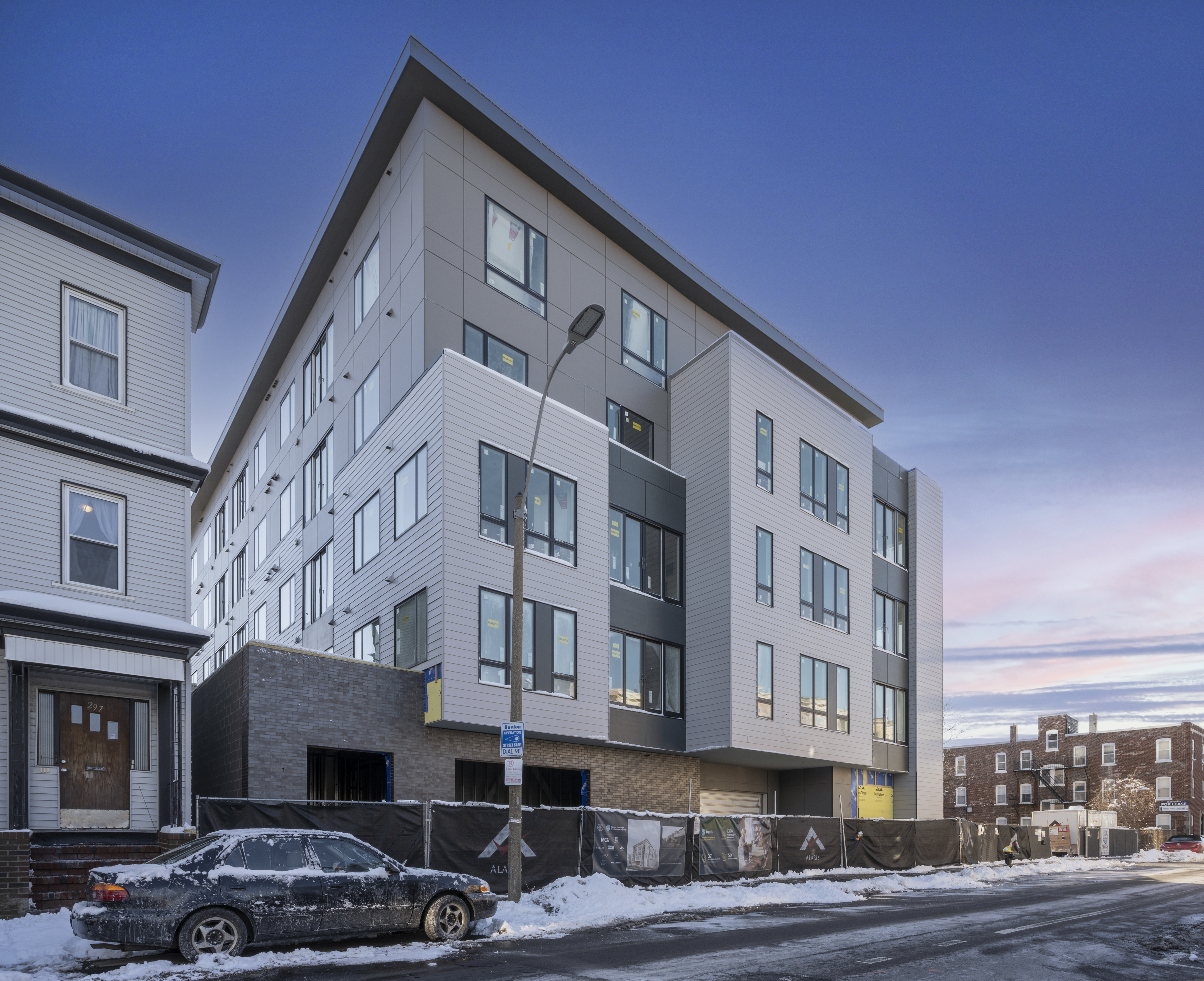 Just a ten-minute drive from Downtown Boston, nestled in East Boston, is The Two Eight Seven - a unique, mid-sized East Boston luxury condo development being built by the well-respected MG2 Group and is scheduled for completion in the Spring of 2021.

The Two Eight Seven is located at 287 Maverick, only four blocks from the East Boston Waterfront. The location provides you with easy access to Piers Park, Brophy Park, Golden Stairs Park, Porzio Park, and Massport Harborwalk Park. Take the Maverick T to your destinations or fly out of Logan Airport, all conveniently located near The Two Eight Seven.

This five-story mid-rise building will feature 37 luxury condominiums with one-bedroom, and two-bedroom floor plans available through our team at Elevated. The ground-level of the development has been designed for use in the commercial market. In addition to the luxury condos, 30 garage parking spaces and bike storage will be available for tenant use.

If Boston cuisine is important to you, several restaurants make living at The Two Eight Seven more than worth it. The Italian Express Pizzeria, Santarpios, Cunard Tavern, Reelhouse, Rino’s, and Pazza on Porter are all easily accessible from your location. The Americano Espresso Bar and Eagle Hill Café are also within a 15-minute walk from The Two Eight Seven, providing you with access to highly rated coffee shops in your area.

This area of Boston has been popular for Hollywood films. Denzel Washington’s The Equalizer and The Equalizer 2 had many scenes filmed in the area of Maverick Square. The cast and crew even shut down Orleans Street outside of Maverick Square for several days to film a chase scene. Anyone who says that Eastie has no character would be mistaken.

Now that The Two Eight Seven is becoming available, these luxurious condominiums will not be around for long. If you are interested in moving to East Boston and conveniently located to everything you need, contact Elevated for more information on the development.