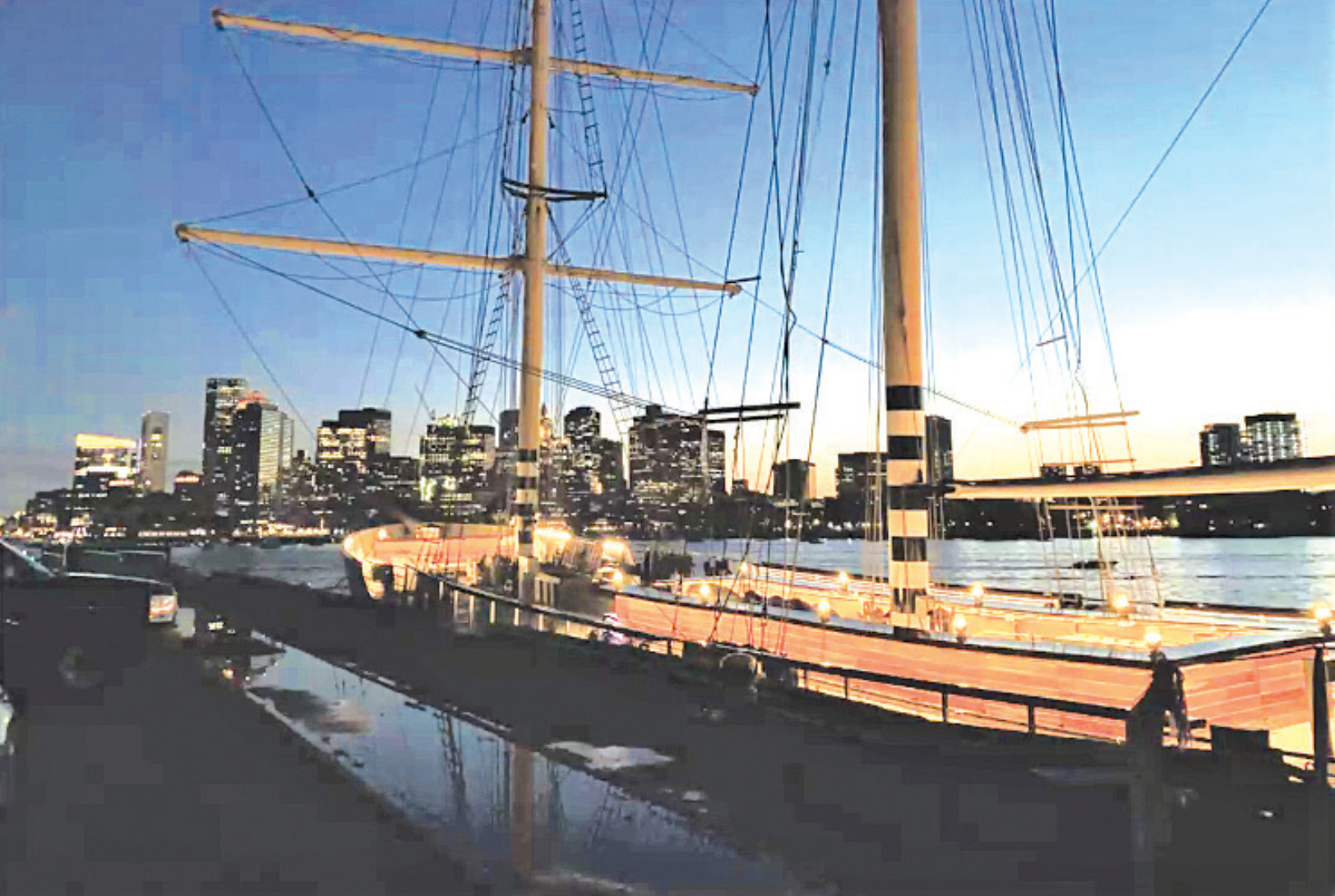 Residents of The Two Eight Seven have another attraction to look forward to soon. Dubbed “Eastie Landing” and positioned near Pier 1 on the East Boston waterfront, it is a project to turn a ship into a fine dining experience.

Last year, NYHG approached Massport with the idea of docking the 242-foot steel hull Tall Ship to create a unique dining experience for Eastie residents. After docking the ship, efforts began to rehab and renovate it to accommodate three bars and a dining area.

The Jeffries Point Neighborhood Association (JPNA) has shown support of the Navy Yard Hospitality Group’s (NYHG) efforts to make Eastie Landing a reality – even approving the efforts to seek out liquor licensing. The grand opening was slated for last year, but due to COVID, that has been delayed.

The ship has a 4,500 square foot main deck that will house the three bars, with the stern bar being the primary location for fundraising events and other functions. The menu will feature Mediterranean fare and charcuterie, all coming from the galley kitchen.

To drive more business to the waterfront, NYHG plans on throwing featured events that include a family movie night and live concert stage. The group will also provide free water shuttling services for patrons as they do with their other restaurants along the waterfront.

If you haven’t laid your claim on one of the units left at The Two Eight Seven, which is located only four blocks from the East Boston waterfront, now is the time to take advantage. Eastie Landing is a one-of-a-kind experience that is sure to reinvigorate the area, meaning available living space won’t last long.