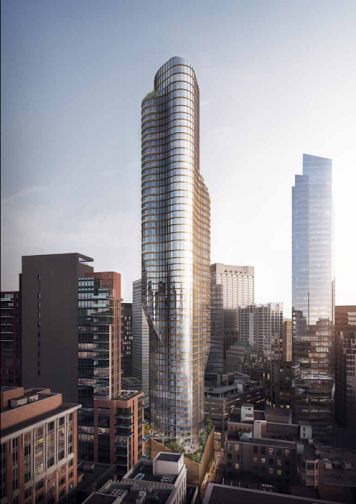 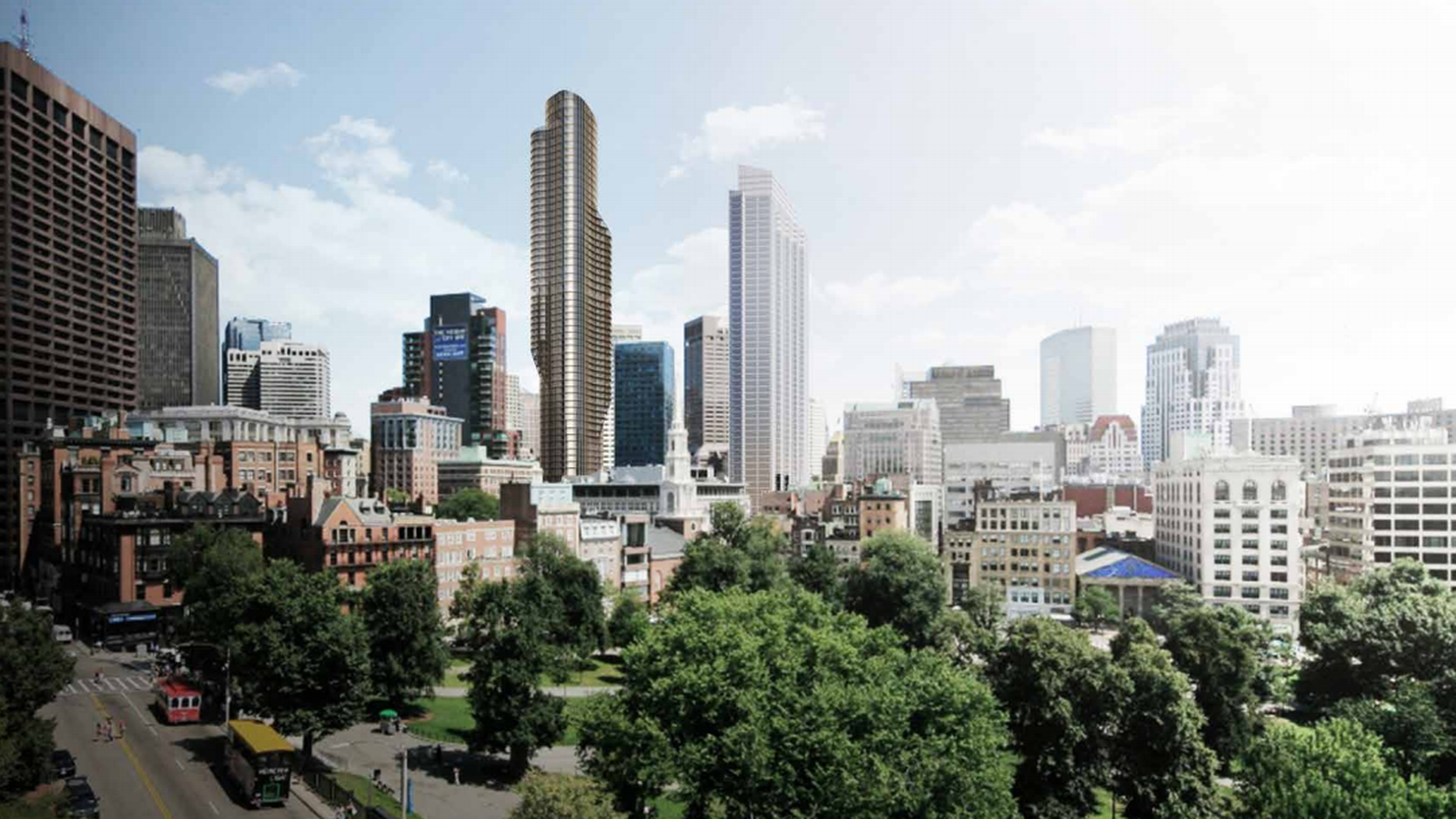 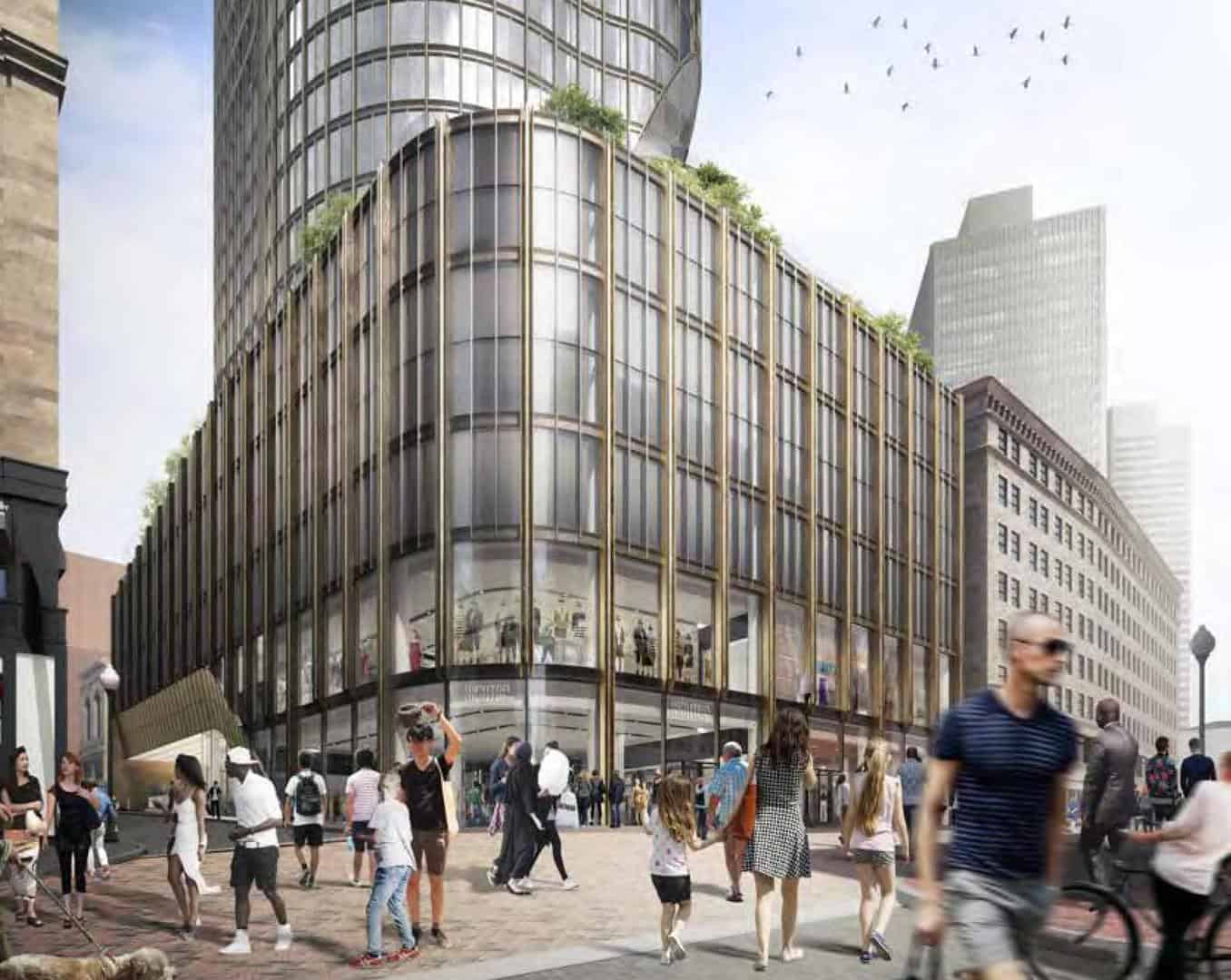 New York-based developer Midwood Investment & Development bought the parcels in the mid-2000s and set about with plans to construct a 28-story building with around 260 apartments and several floors of retail. The project was originially proposed in 2008 but the recession made quick work of the those plans. Midwood held on to the parcels and has resurrected plans for a mixed-use high-rise. It's new proposal calls for a building much greater in scale than original plans with about 30,000 square feet of ground-floor retail space, with 300 rental units above and 119 condominium units. Of the 300 rental units, 54 would be designated affordable. The tower is slated to include 235 parking spaces and 420 bike parking spaces.

Plans for One Bromfield indicate the possibility for a rooftop renewable energy installation and a rainwater recycling system to irrigate on-site landscaping. In terms of the facade, high performance argon insulated glass would boast triple silver coating. The punchy cladding and atypical shape of the building would stand out from some of the more rectilinear designs currently populating the neighbourhood. If the proposal moves ahead, it would require the demolition of several buildings, including a six-storey office structure that now houses a shoe store on the ground floor.

If approved, this would make One Bromfield one of the five tallest buildings in Boston. Stay tuned! 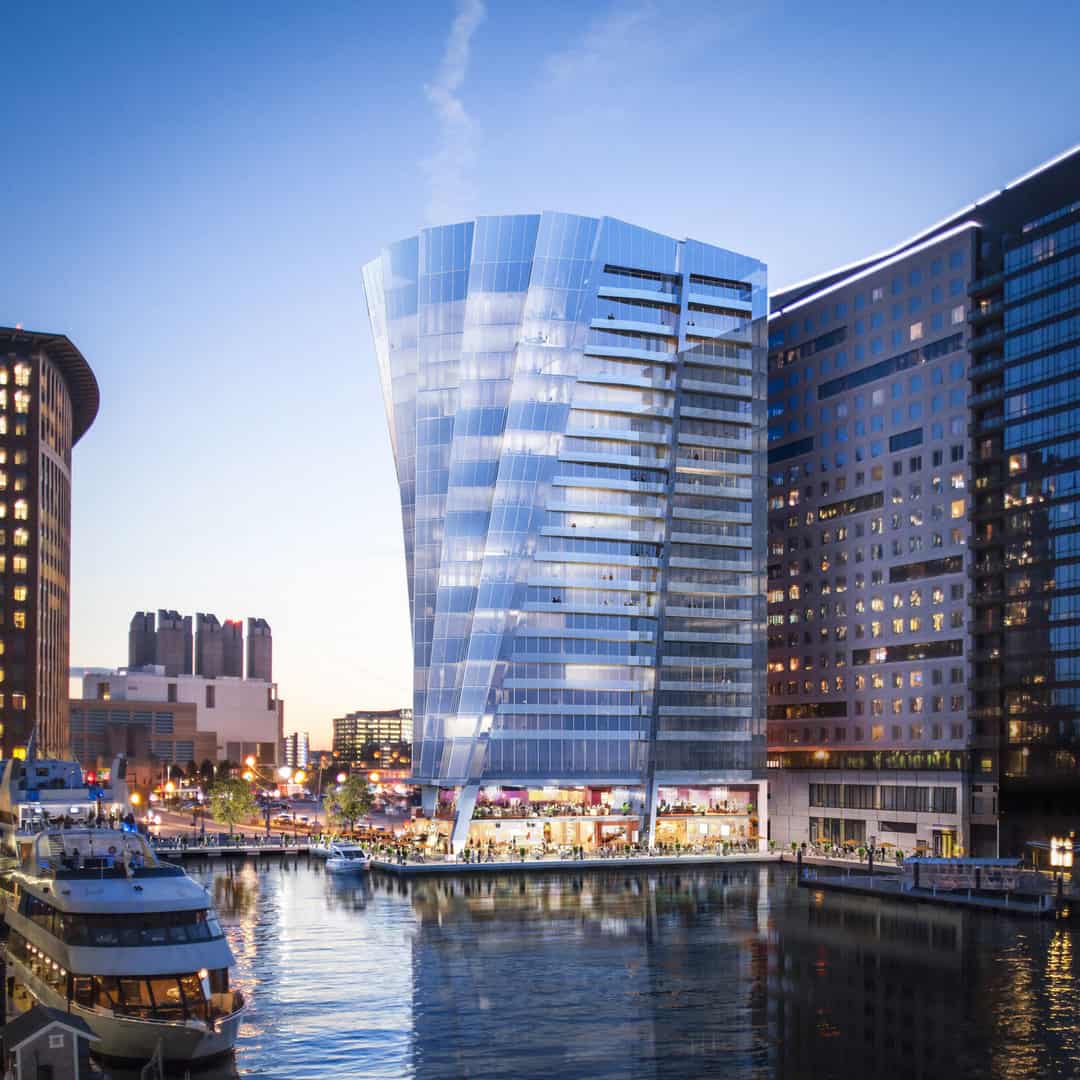 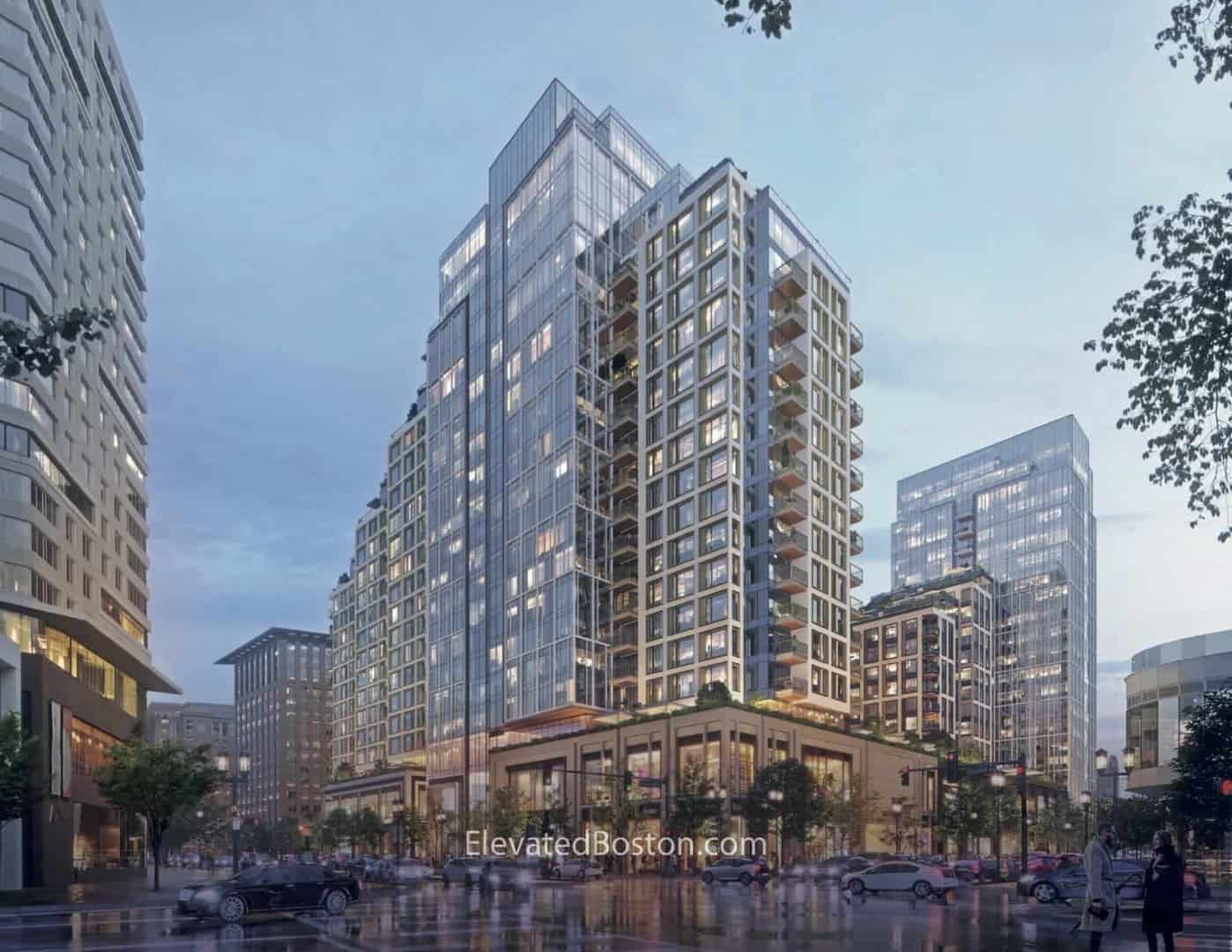 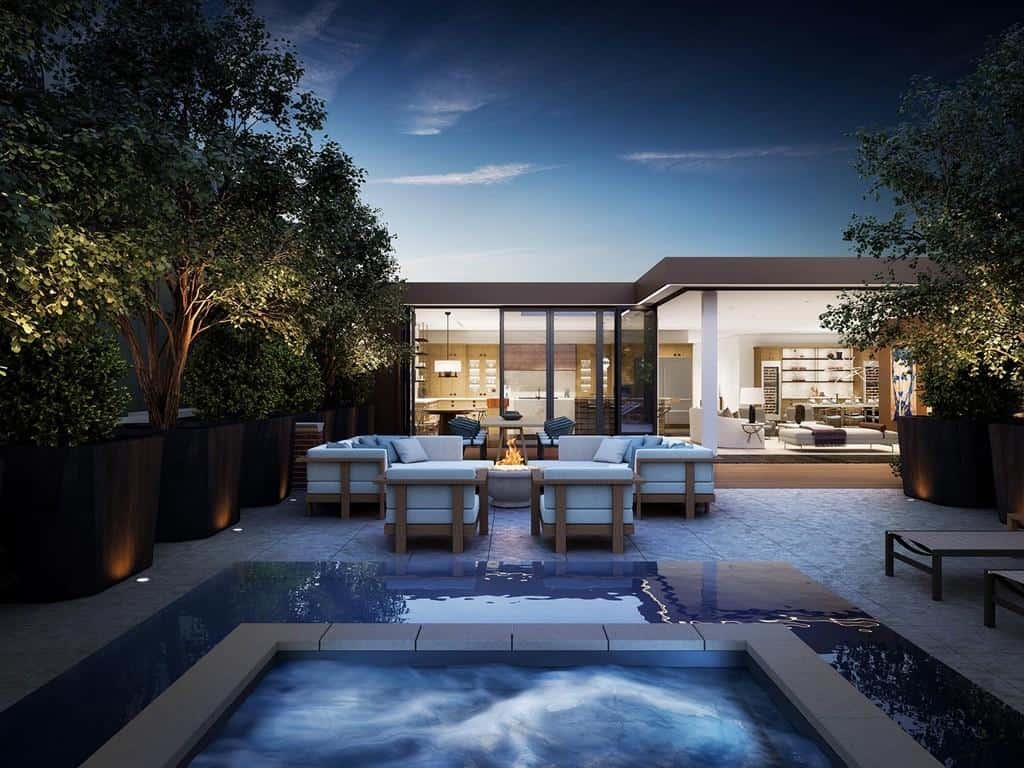 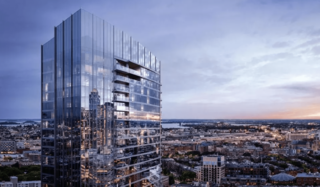 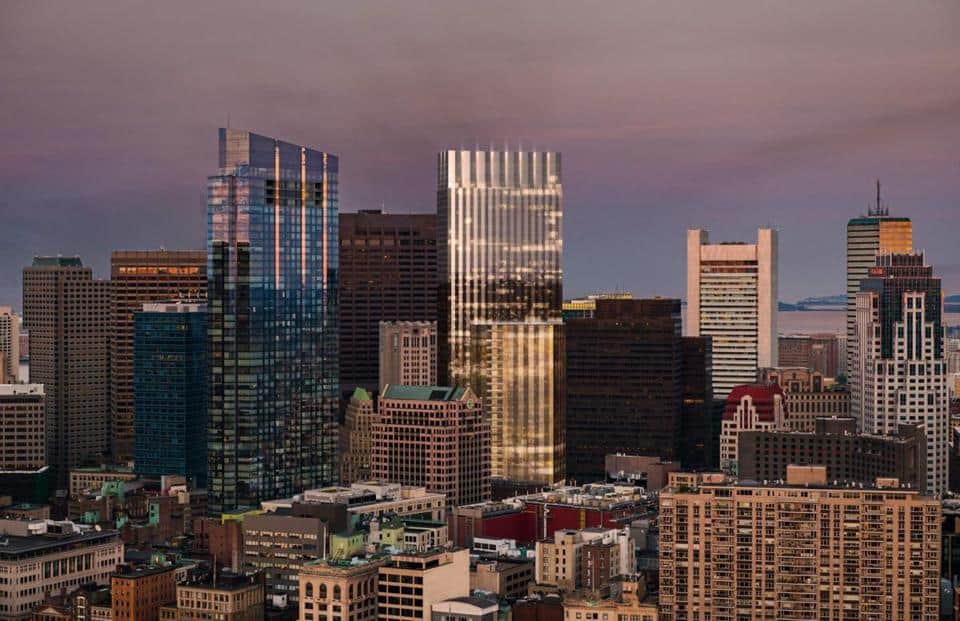